Miller, Lamoureux twins elected to US Hockey Hall of Fame 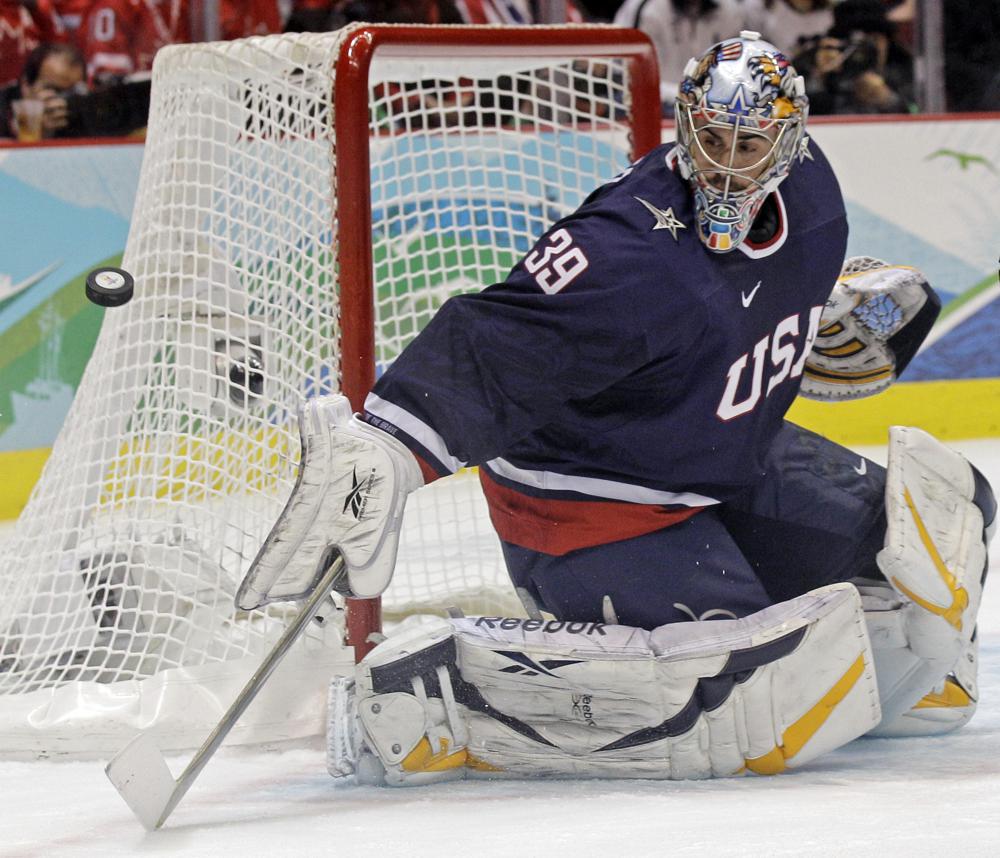 “Thankful to be part of such a unique, diverse and amazing class,” Miller said on a video call with the other inductees and Johannson’s widow, Abby. “I’ve watched all of these players play … and just really have fond memories with (Johannson). Wonderful way to honor how good a person he was.”

Miller backstopped the U.S. to the final of the 2010 Vancouver Olympics, and his 391 regular-season NHL victories are the most among American-born goalies. He spent the vast majority of his professional career in net for the Buffalo Sabres and made stops with the St. Louis Blues, Vancouver Canucks and Anaheim Ducks before retiring last year.

The Lamoureux twins helped the U.S. beat Canada for gold at the 2018 Games in Pyeongchang with Lamoureux-Davidson scoring the shootout winner.

“To be able to live out our dream in three Olympic Games and to finally get that gold in 2018 is something that we’ll always cherish,” Monique Lamoureux-Morando said.

Jocelyne Lamoureux-Davidson expressed as much, if not more, pride in the national team’s push for a better contract as the success on the ice.

Johannson was general manager of the men’s team that year before dying unexpectedly at age 53 a few weeks before the start of the tournament. He spent almost two decades at USA Hockey in that role, and during his tenure U.S. teams won 64 medals, including 34 gold.

“We think about Jimmy every day,” USA Hockey executive director Pat Kelleher said. “No matter where we go, especially internationally, his impact just for the people in all these other countries is still incredible. People bring up his name to me and it always brings a big smile when we get to talk about J.J.”

Cash won five world championships during his 16 seasons playing for the national sled hockey team. He was inspired by watching the 2002 Olympics in Salt Lake City before he even knew what sled hockey was.

“I thought that’s where my career path was going to be was I was going to be able to represent the United States, achieving my dreams on the ice like that,” Cash said. “Sled hockey, it allowed me to do that — achieve my dreams — I just did it in a different way.”