Despite a postgame clinching toast by manager Dave Roberts in the clubhouse Sunday, the celebration was a bit premature. 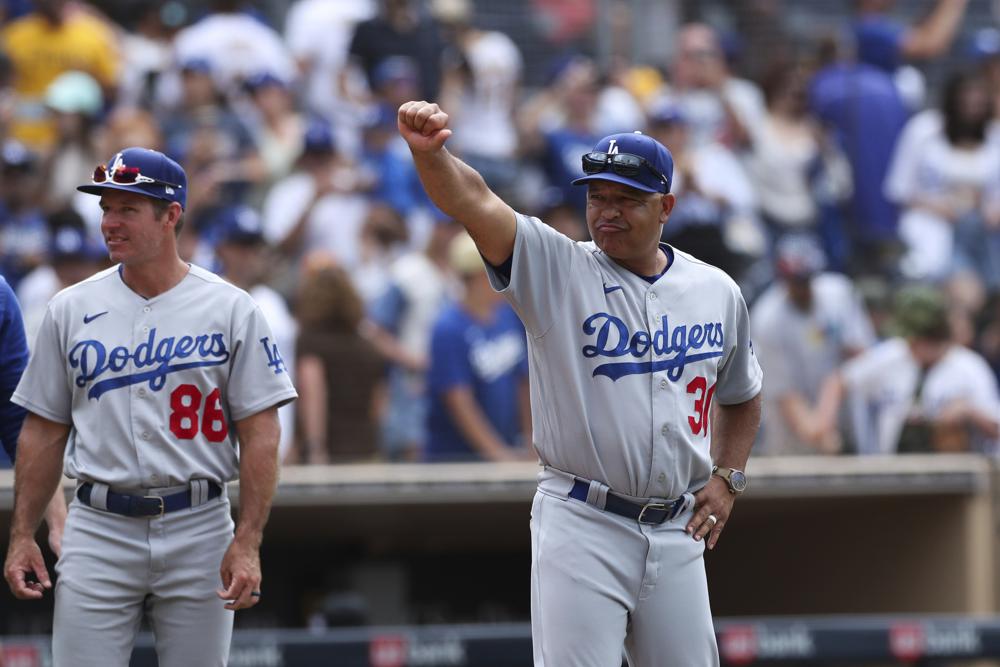 PHOENIX (AP) — The Los Angeles Dodgers, it turns out, aren’t definitely in the playoffs quite yet.

Despite a postgame clinching toast by manager Dave Roberts in the clubhouse Sunday, the celebration was a bit premature. The math didn’t add up, the Dodgers were still short.

Mookie Betts, Freddie Freeman and the Dodgers could become the first team in the majors to officially seal a postseason spot with a win Monday night at Arizona.

The Dodgers own the best record in baseball at 96-43. They held a 20-game lead over San Diego in the NL West and had a magic number of two for clinching their ninth division title in 10 years.

Los Angeles has reached the postseason in 10 straight seasons.

The Dodgers thought their 11-2 win at San Diego on Sunday put them in the playoffs. Roberts led a toast with sparkling wine and the players and staff were given caps with the postseason logo.

Instead, with a new playoff system in place this season, there remained a multi-team tiebreaker scenario that mathematically would exclude them — they would have to go 0-23 and Milwaukee would need to finish 21-0 to put that possibility in play.

Rangers bringing up top prospect Jung for his MLB debut
As Judge approaches milestone, what counts more: 61 or 73?