Alcaraz, Ruud at 1-2 in ATP rankings; Swiatek, Jabeur in WTA 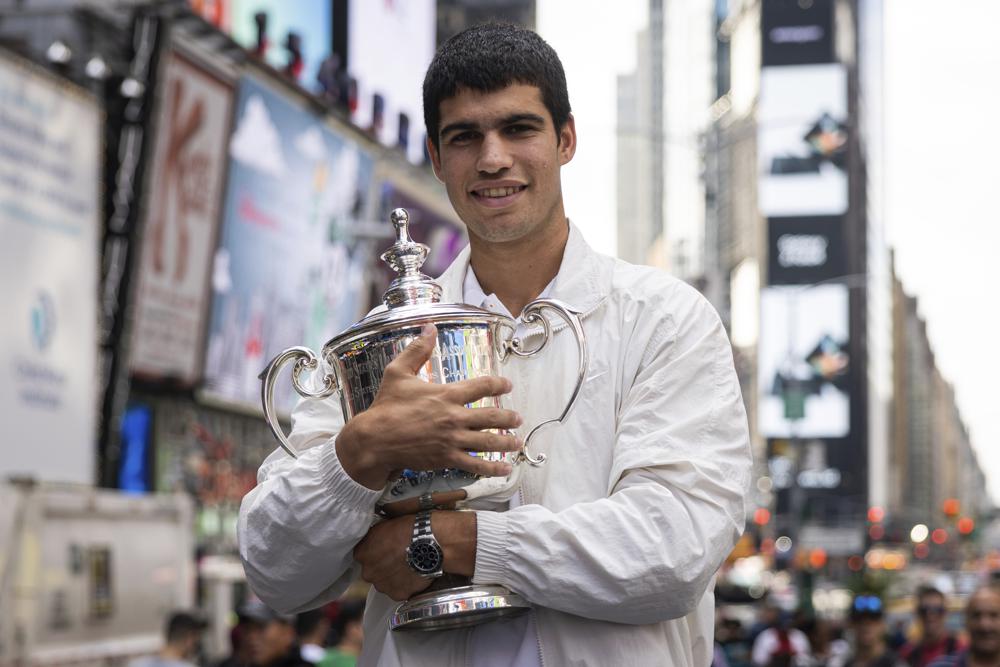 NEW YORK (AP) — Carlos Alcaraz’s U.S. Open championship moved him to No. 1 on Monday at age 19, making him the youngest man to lead the ATP computerized rankings since they began in 1973.

“It’s a dream. At the moment, I can’t believe I reached No. 1. It’s going to take time to understand it,” Alcaraz said in an interview with The Associated Press. “I have to move on and find new goals. I have to keep at this level, at No. 1, for many years. That’s my goal — and, of course, to get more Grand Slams.”

The Spaniard’s victory by a 6-4, 2-6, 7-6 (1), 6-3 score over Casper Ruud in Sunday’s final allowed Alcaraz to win his first major title and to replace 2021 U.S. Open champion Daniil Medvedev atop the rankings.

Alcaraz’s three-spot jump from No. 4 ties the mark for biggest move up to No. 1.

Ruud, a 23-year-old from Norway, went from No. 7 to No. 2 after reaching his second major final of the season. He was the runner-up to Rafael Nadal at the French Open in June.

Sunday’s matchup was the first Grand Slam final featuring two men both trying to win a first Slam trophy and with No. 1 on the line, too.

“He’s riding that wave. At the moment, he’s the best player in the world, in my eyes. He deserves that spot,” Ruud said. “I’m happy that we played each other in the final and that we played for the title and the world No. 1 spot.”

Nadal also entered the U.S. Open with a chance to move back up to No. 1, but he stayed at No. 3 after losing in the fourth round to Frances Tiafoe, who wound up being the first American man in the semifinals at Flushing Meadows in 16 years and going from No. 26 to a career-high No. 19.

Medvedev dropped to No. 4, and Tokyo Olympic gold medalist Alexander Zverev went from No. 2 to No. 5 after sitting out the U.S. Open because of torn ligaments in his right ankle.

Novak Djokovic missed his second Grand Slam tournament this season because he is not vaccinated against COVID-19 and slid one place down to No. 7.

Iga Swiatek’s third major title, and first in New York, kept her at No. 1 in the WTA rankings and left the 21-year-old from Poland with more than twice as many points as the new No. 2, Ons Jabeur, who was the runner-up Saturday.

Swiatek also won the French Open and is the first woman in six years to claim two Slams in one season.

Anett Kontaveit slipped one spot to No. 3 after losing in the second round of the U.S. Open to Serena Williams.

Two American players are in the top 10 in career-best positions after reaching the quarterfinals: Jessica Pegula at No. 5 and Coco Gauff at No. 8.