Rangers bringing up top prospect Jung for his MLB debut 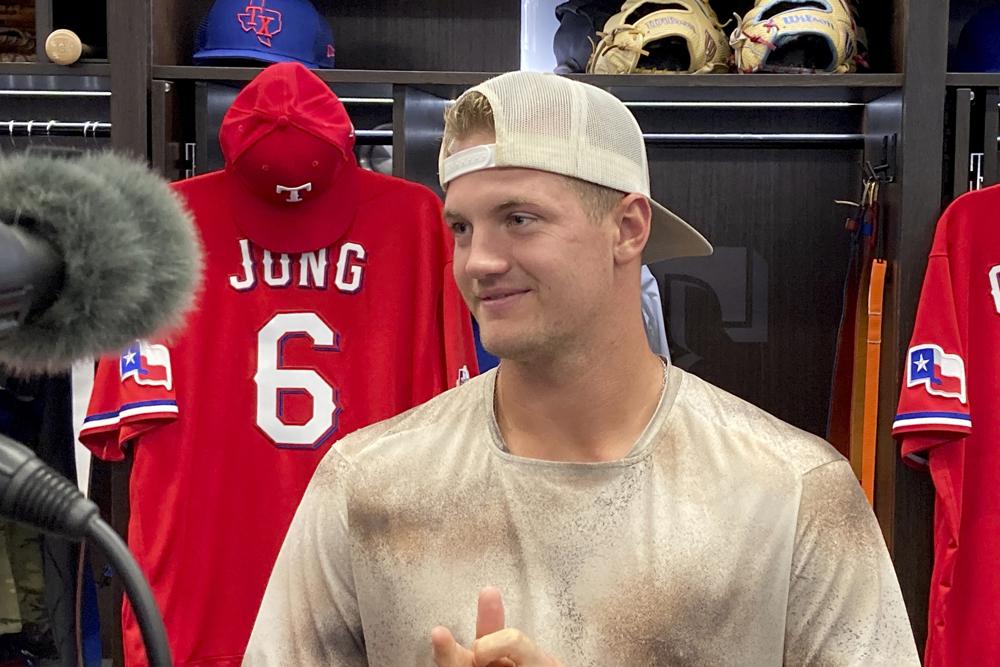 ARLINGTON, Texas (AP) — Josh Jung can’t even describe the whirlwind of emotions he has gone through the past seven months, since shoulder surgery that took away the top prospect’s opportunity to compete for a spot on the Texas Rangers roster in spring training.

Now after initially thinking he might not get to play at all this season, Jung is set to make his big league debut Friday night after a month of Triple-A games. The Rangers plan to put Jung, the eighth overall pick in the 2019 draft out of Texas Tech, on their 28-man active roster before the series opener at home against the Toronto Blue Jays.

“A complete 180, going from on the super high coming into camp to … I’m not going to play this year to actually getting out to play games in Arizona and then getting to an affiliate and now getting a chance up in the big leagues,” Jung said Thursday, while standing in front of his locker in the otherwise-empty Rangers clubhouse on an off day for the team.

Asked if he was nervous at all about his debut, Jung responded, “Absolutely. It’s everything I’ve ever been working for my entire life. So absolutely.”

The 24-year-old Jung likely will be their primary third baseman for the final 3 1/2 weeks of their season. It is the role that had been expected to have an opportunity to win in spring training before he got hurt.

His big league debut will come with the Rangers (59-77) headed for their sixth consecutive losing season, and weeks after president of baseball operations Jon Daniels and manager Chris Woodward were fired. There are 26 games remaining, and their next win will match their victory total from last season when they lost 102 games.

Jung was lifting weights before the opening of the team’s minor league camp in Arizona in February, before the end of the MLB lockout, when he felt discomfort in his non-throwing (left) shoulder. He was initially diagnosed with a strain, but had surgery a week later to to repair a torn labrum.

“It was an ongoing conversation the whole time pretty much. I mean, February to March, it was like probably not playing this year. Week 12, Week 16, come back, got to start swinging the bat at week 16 kind of seeing how everything was, see how my shoulder was responding,” he said. “Then the conversation started to change a little bit. So between the four- and five-month mark is when it really started. Hey, let’s see what we can do here.”

Jung hit .266 with nine homers and 29 RBIs in 31 games — eight in Arizona before 23 with Triple-A Round Rock. That included thrice hitting three-run homers over a two-game span to only increase the hype — and led to him eventually taking a break from social media. He also had a 1-for-17 span with 11 strikeouts and no walks.

“I got off to the first two weeks out of rehab and was unconscious. The next two weeks, I was cold as ice,” Jung said. “I just needed to find a balance and just get back to being where my feet were. I think that was the biggest thing for me. So I was like I’ve got to get off social media for a little bit.”