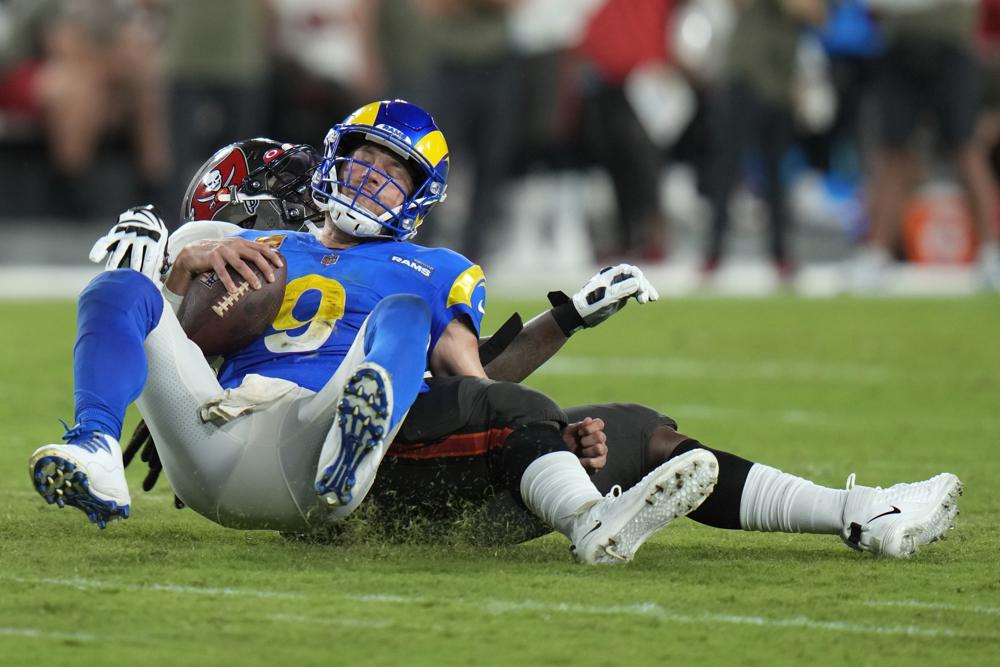 THOUSAND OAKS, Calif. (AP) — Quarterback Matthew Stafford is expected to play for the Los Angeles Rams this weekend after missing one game in the NFL’s concussion protocol.

Stafford participated fully in practice with the Rams on Wednesday, and the Super Bowl-winning veteran is on track to come out of the protocol in time to face the Saints in New Orleans on Sunday, coach Sean McVay said.

Stafford sat out of the Rams’ 27-17 loss to the Arizona Cardinals last Sunday. He entered the protocol two days after the previous week’s loss at Tampa Bay, but McVay has been unable to confirm whether Stafford actually had a concussion.

Stafford is still going through the necessary steps to be cleared from the protocol by Friday, but McVay is proceeding under the assumption Stafford will be ready to retake charge of the Rams’ struggling offense, which will be without injured All-Pro receiver Cooper Kupp for at least the next four weeks.

“I think it’s just following the necessary steps to be fully clear,” McVay said. “That’s always been the priority is the person, the safety and the health. But if he is fully cleared and he is finally feel good about that, I know he’s (eager) to be out there with his guys.”

Stafford has completed a career-best 68.4% of his passes this season for 1,928 yards with eight TDs and eight interceptions. If he returns, he will be without his favorite target in Kupp, who needed surgery on a high ankle sprain incurred late in the Rams’ loss to Cardinals.

The Rams (3-6) managed just 256 total yards in their third straight defeat, and Wolford went 24 of 36 for 212 yards with one interception and a sole touchdown throw to Van Jefferson with 7 seconds to play.

Los Angeles also has even more upheaval on its offensive line, which will start its 10th different combination in 10 games Sunday after losing left tackle Alaric Jackson and right guard Chandler Brewer to injured reserve.

Center Brian Allen missed practice with a thumb injury on top of his balky knee, and McVay is unsure whether he’ll be ready to play. Coleman Shelton, who only returned from a five-week absence with a high ankle sprain last weekend, will move over again from guard to fill in at center if Allen can’t play.

Left guard David Edwards did return to practice for the first time since going into the concussion protocol after the Rams’ loss to Dallas early last month.