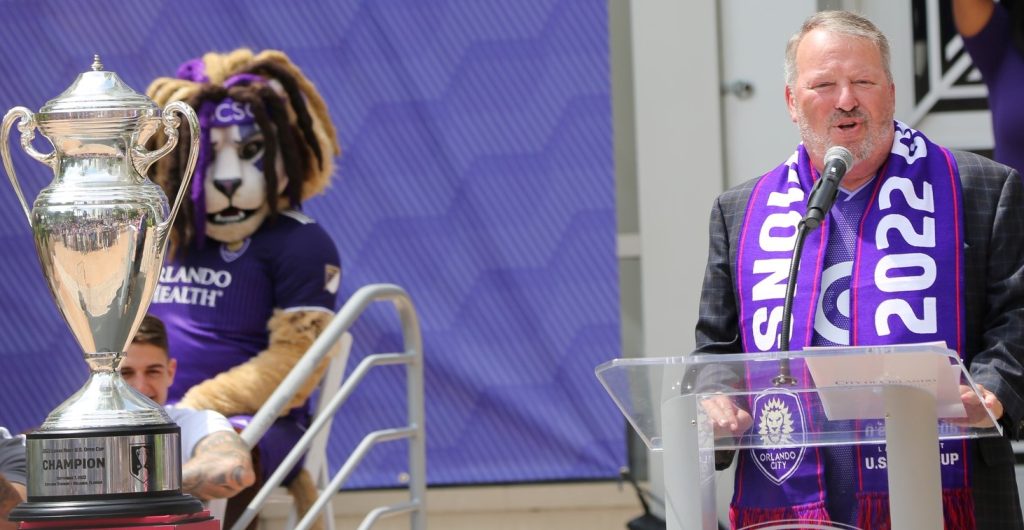 With the Lamar Hunt trophy on display and purple and gold confetti falling from above, the Lions, their supporters, the club’s owners and staff, and Mayor Buddy Dyer gathered at Orlando City Hall to mark the team’s achievement.

“Champions bring a community together, and today we are all purple,” Dyer said. “And we will be purple.”

Dyer reminded the crowd that he had made a bet with Sacramento Mayor Darrell Steinberg and that he was sending an Orlando City flag to raise at Sacramento City Hall.

The mayor then issued a proclamation declaring Sept. 8, 2022, as “Orlando City U.S. Cup Champions Day in the city of Orlando.” 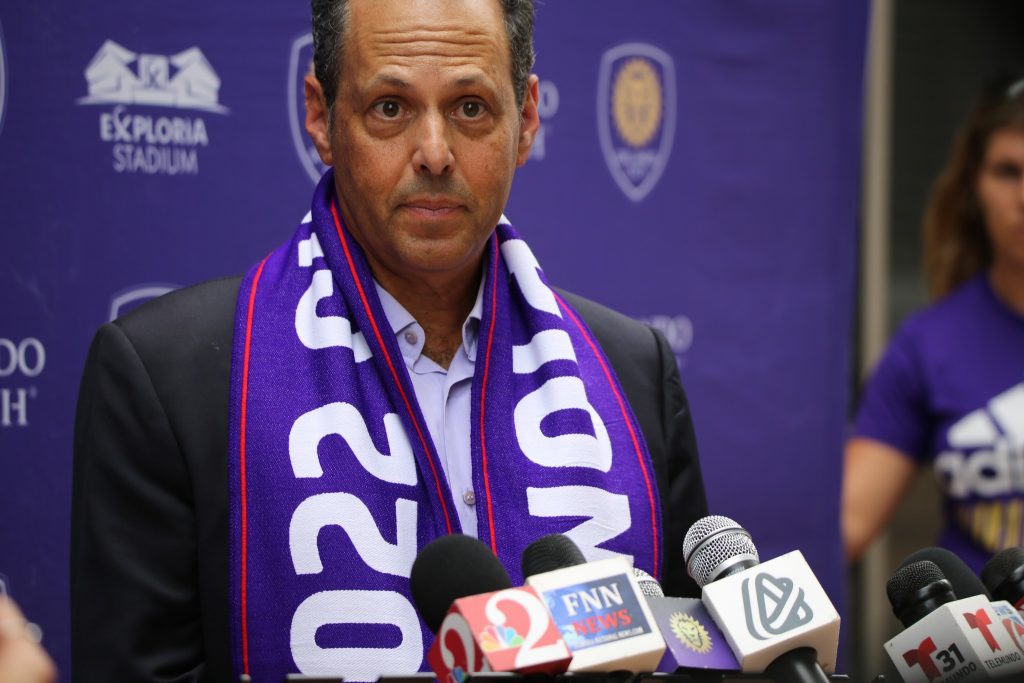 As chants rang out to show support, coach Oscar Pareja, captain Mauricio Pereyra and Chairman Mark Wilf thanked the club’s supporters and the community for their strong backing as the club battled to capture the title.

“We were so proud to show the power of the community,” Pareja said. “No team would exist, and we wouldn’t be here, without you. And the support we felt yesterday (Wednesday) in that stadium and that eagerness to win this trophy … it meant a lot for the players.”

Orlando City defeated Sacramento Republic FC on Wednesday night to capture the crown. The trophy is the first the Lions have won in their Major League Soccer era.

Midfielder Facundo Torres scored twice and forward Benji Michel, a homegrown player signed before the 2019 season, added a third for Orlando City in front of a sold-out crowd of 25,527 fans at Exploria Stadium.

Pareja had to end the party early so the players could get back to work, but not before the club hoisted the cup again in front of City Hall.

“We hope that we continue to give you this joy,” he said. “The boys have to train tonight so we’ve got to leave early … we have a big responsibility in front of us for a quality occasion for the playoffs.”

The Lions return to MLS play at 7:30 p.m. Saturday in Philadelphia against the Union. They have six games remaining as they hope to earn a spot in the MLS playoffs.